Join the “No Place Like Home” Chain Fast To Stop Mama Celina’s Deportation August 25 to September 16, 2020 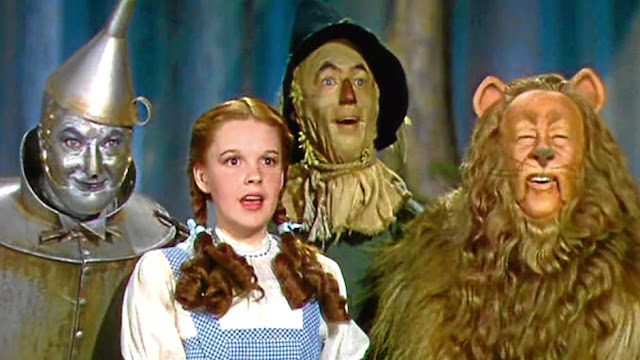 We trust that the relevant government officials will find their hearts, use their brains, and exercise some courage to grant Celina Urbanowicz permanent residence and cancel the deportation order against the Ottawa Roma refugee. But only if we help!

(Details on how to join the fast are below, as are action you can take even if you are not fasting!)

Please pick a day to fast in support of Ottawa Roma refugee Celina Urbanowicz. Despite living here for 23 years, she is fighting deportation to persecution and violence in the brutal political climate of Poland. Amnesty International says she faces “multiple risks on account of their intersectional vulnerabilities stemming from their identity as a Roma woman, wife of a Muslim man, and as the mother of a lesbian woman.”

The chain fast (see how to join below) will run for 23 days, to represent each year Celina has lived in Canada without status. It begins on the 81st anniversary of the release of a most beloved story, The Wizard of Oz. Like Dorothy from Kansas, Celina of Ottawa knows there’s no place like home, and she hopes that the relevant government ministers will, like the Scarecrow, use their brains to see the strength of her case for permanent residence; like the Tin Man, open their hearts to empathize with and end the endless limbo and fear she and her family face every day; and, like the Cowardly Lion, have the courage to do the right thing and grant Celina permanent residence immediately.

Fasting has long been a tool to raise awareness both in our communities and within ourselves. When you fast, and your body asks when nutrition will eventually arrive, it is a reminder of a cruel reality. Unlike those of us who fast for a day – and know that what we need for our health is coming soon – for many who hunger for justice, they simply do not know when the decision that will soothe their souls and provide peace of mind will arrive. That uncertainty, which can be indefinite, produces anxiety and trauma. When you fast in support of Celina, it provides moral support and reminds her she is not alone. It also helps spread the word about an injustice that needs to be remedied as soon as possible.

Over the past month, the Polish government has indicated it will remove itself from the binding Istanbul Convention on fighting violence against women, while across the country, towns and regions are declaring themselves “LGBTQ-free zones” as traditional anti-Roma violence also ramps up. Last week, authorities began a massive crackdown on LGBTQ activists, detaining almost 50 people.

Canada has recognized the danger that faces two of Celina’s daughters, who have been granted permanent residence in principle. But why not their mother? The limbo in which Celina and her family live is devastating. The emotional and psychological pain of living with grave uncertainty – never knowing if one morning there will be a knock on the door and government agents will whisk Celina away to deportation – is damaging beyond words. No one should be forced to suffer such cruel conditions.

Celina has lived here for 23 years without status because of paperwork problems, legal errors, and other systemic barriers faced by many refugees – in other words, things she had nothing to do with.

How to participate in the Chain Fast

Pick a day (or a series of days) to fast during the 23-day time period and email your name and town to tasc@web.ca A list of open dates and names is available at http://rrrncanada.blogspot.com/2020/08/join-no-place-like-home-chain-fast-to.html. More than one person can fast on the same date.

Fast according to your preferred tradition (a full 24 hours, liquids only, sun up to sun down).

The fast is open to anyone (you can join even if you are not living in the land known as Canada). Even if you cannot fast, we encourage you to do these actions below!

On the day they fast we encourage you to:

b.   Write an email (sample below) to Prime Minister Justin Trudeau, Immigration Minister Marco Mendicino and Public Safety Minister Bill Blair to explain why you are fasting and reinforce the three demands listed above. Emails are: pm@pm.gc.ca, tasc@web.ca, IRCC.Minister-Ministre.IRCC@cic.gc.ca, Marco.Mendicino@parl.gc.ca, Bill.Blair@parl.gc.ca, ps.ministerofpublicsafety-ministredelasecuritepublique.sp@canada.ca

c. Write a letter to a local newspaper about why you are fasting, and perhaps link your fast to the larger issues of increasing repression in Poland and other Eastern European countries where Roma, women, and LGBTQ face increasing levels of violence.

d. Share this link with your friends to auto-generate a letter to the Ministers: https://parkdaleorganize.good.do/justiceforcelina/stop-the-deportation/.

Thanks for your support!

Sample email (feel free to personalize—why is this important to you?)

I am fasting today to demand immediate permanent residence for Ottawa Roma refugee Celina Urbanowicz and an end to deportation proceedings against her.

As the Government of Canada marked the August 2 Romani Genocide Remembrance Day this year, Roma people (Europe’s largest ethnic minority) continue to face significant levels of persecution, discrimination, and direct violence. Minister of Foreign Affairs François-Philippe Champagne and Bardish Chagger, Minister of Diversity and Inclusion and Youth released a statement this year that noted: "Romani populations around the world continue to be subjected to racism, prejudice, violence and persecution, especially Romani women, who endure significant discrimination and social exclusion." Last year, Deputy Prime Minister Chrystia Freeland took note of the day as well, and vowed "to never again let such atrocities be committed against anyone, anywhere.”

I am writing to urge you to live up to the pledge of “never again” and immediately grant permanent residency to Ottawa Roma refugee Celina Urbanowicz, a mother of five who has lived in Canada for 23 years. I ask you to end the threat of deportation to the cauldron of violence that is Eastern Europe today for Roma people.

Amnesty International writes that a woman of Celina's profile “would face multiple risks on account of their intersectional vulnerabilities stemming from their identity as a Roma woman, wife of a Muslim man, and as the mother of a lesbian woman.” An expert on Roma history and culture writes  "she will face severe discrimination, extreme persecution and be under imminent fear for her life because she has been condemned as gonime po trajo (‘shunned for life’).”

Canada has pledged itself to respect everything from family reunification to LGBTQ rights and women's rights. All of these commitments would be violated with this deportation.

The limbo in which Celina and her family live is devastating. The emotional and psychological pain of living with grave uncertainty – never knowing if one morning there will be a knock on the door and government agents will whisk Celina away to deportation – is damaging beyond words. No one should be forced to suffer such cruel conditions.

I urge you to immediately end the deportation proceedings and grant permanent residency for Celina Urbanowicz. 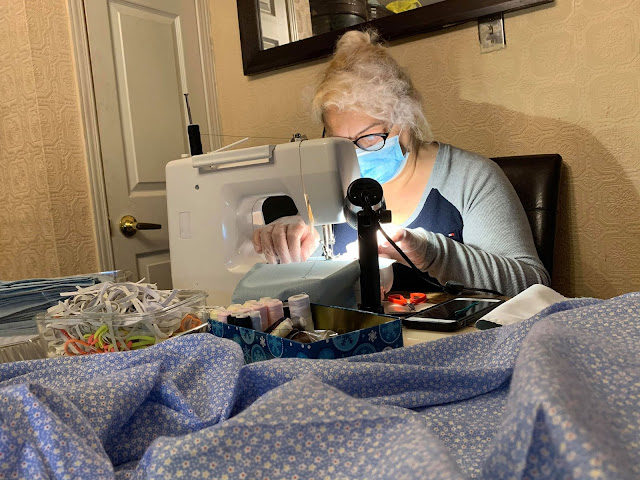 Celina Urbanowicz works late into the night every night to make free masks to help people during the pandemic. Thousands have been distributed to hospitals, long-term care homes, and daycares.